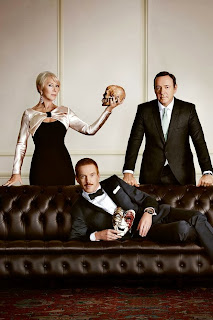 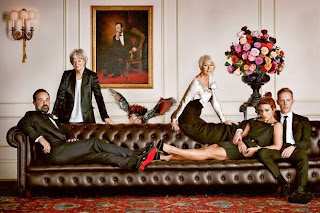 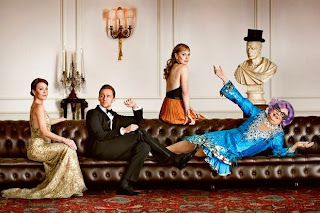 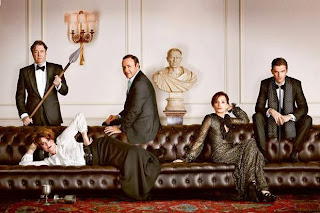 Describe your perfect dressing room.
I like to make my dressing room homey, so I bring carpets, lights, cushions and bedspreads. I make my own dressing gowns, too, because I can never find the perfect one. It can’t be a bathrobe but something you can walk around backstage in and look respectable — not too see-through or lingerie-like — and it’s got to have pockets. If I were to do anything after acting, I think I’d start a dressing gown company.

Do you have any backstage rituals?
I like to prank Mat Horne [her co-star in The Pride]. I have filled his dressing room with 4,000 multicoloured plastic balls. And once Al Weaver turned up at my dressing room in a mankini. That’s our ritual, just to keep everything fun.

Do you have any particular method for learning Shakespearean lines?
I’m the man who looks like a lunatic walking around the parks of London talking to himself. I have to be on the move, I can’t learn them sitting at a desk. I march myself around outside,drilling the lines into my brain. There’s no secret: it’s repetition, repetition, repetition, like practising your forehand in tennis.

Do you get stage fright?
I get it badly so I drink. You just deal with it. It’s important to be frightened or you’d be crap — it would be like listening to someone talking on a bus. It’s good to be a bit charged.

You don’t look dissimilar...
I could do it.

What part were you given in your school Nativity play?
I wasn’t included, but my neighbour who was in the year above me lost his two front teeth and didn’t want to play Mary, so they asked me to play her instead. At very short notice, I might add, I stepped womanfully into the breach. Yes, I was Mary. I feel I should add it was an all-boys school.
Lähettänyt Katri klo 1.33

This is my theatre blog, unfortunately only in Finnish, even if I see many of the plays in UK.